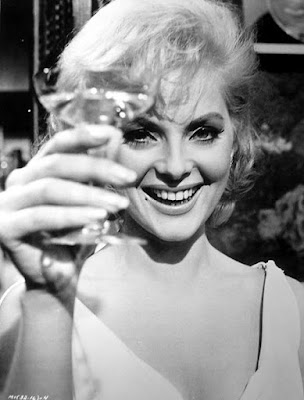 Ancona-born Lisi began her film career in her teens. Discovered in Paris by two Neapolitan producers, Antonio Ferrigno and Ettore Pesce, she debuted in La corda d'acciaio (The Steel Rope, 1953). Initially, she did musical films, like E Napoli canta (Napoli Sings, 1953) and the successful Questa è la vita (Of Life and Love, 1954, with the popular Totò). Nonetheless, her beauty was more valued than her talent, as seen in Le diciottenni (Eighteen Year Olds) and Lo scapolo (The Bachelor) films of 1955. Yet she filled demanding roles, particularly in La donna del giorno (1956), Eva (1962), and the spectacle Romolo e Remo (1961). In the late 1950s, Lisi did theater at Piccolo Teatro di Milano in I giacobini by Federico Zardi under the direction of Giorgio Strehler. During the 1960s, Lisi did comedies and participated in television dramas that were widely viewed in Italy. Lisi also promoted a toothpaste brand on television with a slogan that would become a catchphrase among Italians: "con quella bocca può dire ciò che vuole" (with such a mouth, she can say whatever she wants).

Hollywood producers sought a new Marilyn Monroe and so, Lisi debuted in Hollywood comedy as a blue-eyed blonde temptress opposite Jack Lemmon in How to Murder Your Wife (1965) and appeared with Tony Curtis in Not with My Wife, You Don't! (1966). Lisi then starred with Frank Sinatra, in Assault on a Queen (1966), in La Ragazza e il Generale, co-starring with Rod Steiger, and in two films with Anthony Quinn, The Secret of Santa Vittoria, directed by Stanley Kramer, and the war drama The 25th Hour. She garnered attention for a photo of her 'shaving' her face that appeared on the March 1965 cover of Esquire magazine.