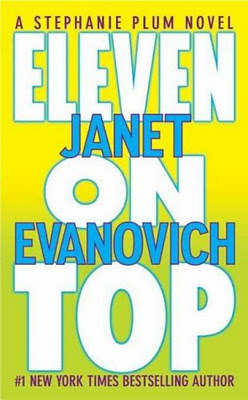 ONLY: $7.99
Condition: NEW!
To order, click “Add To Cart” below
Stephanie Plum, Trenton's favorite bondswoman, is having a career crisis, which gives Janet Evanovich plenty of opportunities to showcase her series heroine in a variety of alternative vocations, from dry cleaner to factory worker. Most of them don't last a full working day, which is good for the reader, since it plunges Stephanie back into the always seedy, often dangerous, and always colorful world of fugitives who'd rather flee than face their day in court. She may be tired of having her life threatened, her cars torched or blown up, and her apartment broken into, but one thing she can say about her job is that it's never boring... and neither is she. Despite her intentions of going straight at a job with a little more security and a bit less excitement, an old client won't let her--he keeps leaving her threatening notes, stalking and scaring her, and making sure she needs the protection of the two men in her life--Joe Morelli, the sexy cop who's been bedding her since high school, and Ranger, the even sexier tough guy who can take down the meanest fugitive around but has a tender spot in his heart for the plucky Ms. Plum. All Evanovich fans' favorite characters people this sprightly caper novel, including Lula, the fast-food-chomping former hooker who's hot to take over Stephanie's job but really belongs in a WWE Takedown; Grandma Mazur, who'd rather go to a wake than a fancy-dress ball; Grandma Bella, the matriarch of the Morelli family whose evil eye frightens even the indomitable Stephanie; and Valerie, Stephanie's sister, who's about to embark on another trip to the altar. A great beach read, Eleven on Top is a guilty pleasure that will delight readers of the author's 10 earlier novels and should win her even more fans. --Jane Adams