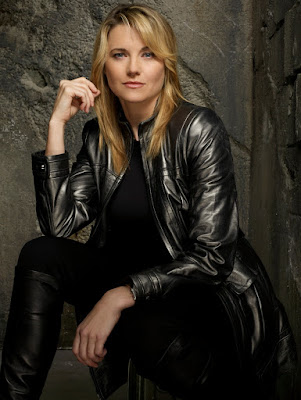 She is also known for her role on the re-imagined Battlestar Galactica. Most recently she appeared on the television series Spartacus: Blood and Sand and its prequel Spartacus: Gods of the Arena, playing the major character Lucretia.

In 1994, Lawless appeared in "Hercules and the Amazon Women," a Pacific Renaissance Pictures made-for-television film that became the television pilot for Hercules: The Legendary Journeys. In that episode, she played a man-hating Amazon named Lysia. She went on to play another character, Lyla, in the first season episode "As Darkness Falls." She received her best-known role when she was asked to play a villainous warrior woman named Xena in the episode "The Warrior Princess", which aired in March 1995 (R. J. Stewart, one of Pacific Renaissance Pictures' in-house writers, dramatised the teleplay from a story that Robert G. "Rob" Tapert commissioned John Schulian to write). Vanessa Angel was originally cast in the role, but fell ill and was unable to travel to New Zealand for shooting. To differentiate between Xena and the similar Lysia, Lawless' hair, naturally ash blond, was coloured black. Xena subsequently returned in two more episodes of the first season of Hercules, which portrayed her turn from villainess to a good, heroic character.