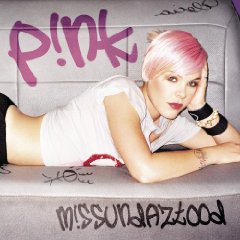 Available Now: Pink - Missundaztood CD
ONLY: $7.99
Condition: NEW!
To order, click “Add To Cart” below
Missundaztood (stylized as M!ssundaztood) is the second studio album by American singer-songwriter Pink. The album was released worldwide in late 2001 to receive global commercial and critical success, with worldwide sales estimated to exceed 13 million units, and critics welcoming the new sound Pink presents on the record, switching to pop rock music, after an urban-influenced debut.