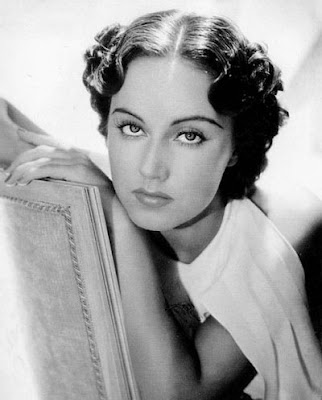 Fay Wray (born Vina Fay Wray; September 15, 1907 – August 8, 2004) was a Canadian-American actress most noted for playing the lead in King Kong. Through an acting career that spanned 57 years, Wray attained international stardom as an actress in horror film roles, leading to many considering her as the first "scream queen".
After appearing in minor film roles, Wray gained media attention being selected as one of the "WAMPAS Baby Stars". This led to Wray being signed to Paramount Pictures as a teenager, where she made more than a dozen films. After leaving Paramount, she signed deals with various film companies, being cast in her first horror film roles among many other types of roles, including in The Bowery (1933) and Viva Villa (1934), both huge productions starring Wallace Beery. For RKO Radio Pictures, Inc., she starred in the film with which she is most identified, King Kong (1933). After the success of King Kong, Wray appeared in many major film roles and on television, finishing her acting career in 1980.
In 1923, Wray appeared in her first film at the age of 16, landing a role in a short historical film sponsored by a local newspaper. In the 1920s, Wray landed a major role in the silent film The Coast Patrol (1925), as well as uncredited bit parts at the Hal Roach Studios.
In 1926, American film association the Western Association of Motion Picture Advertisers selected Wray as one of the "WAMPAS Baby Stars", a group of women who they believed to be on the threshold of movie stardom. She was currently under contract to Universal Studios, mostly co-starring in low budget westerns opposite Buck Jones.
The following year in 1927, Wray was signed to a contract with Paramount Pictures In 1928, director Erich von Stroheim cast Wray as the main female lead in his film The Wedding March, released under Paramount, a film noted for its high budget and production values. It was a financial failure, but it gave Wray her first lead role. Wray stayed with Paramount to make more than a dozen more films, staying there to make the transition from silent films to "talkie" films.
Read More: http://en.wikipedia.org/wiki/Fay_Wray
=====================================
VIDEO: Movie Legends - Fay Wray
http://www.youtube.com/watch?v=dYYsLfC68qg
===============================================
Featured Icons