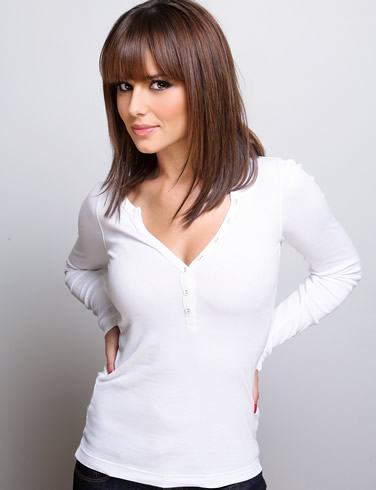 Cheryl Ann Cole (née Tweedy; born June 30, 1983) is an English pop and R&B recording artist, songwriter, dancer, actress and model. She rose to fame in late 2002 when she auditioned for the reality television sho, Popstars: The Rivals on ITV. The programme announced that Cole had won a place as one-fifth of the girl group, Girls Aloud. During her time in the group, Cole released twenty consecutive top-ten singles (including four number one singles) in the UK and five platinum albums (two of which went to number one) and earned five BRIT Award nominations from 2005 to 2010. In 2009, Girls Aloud won "Best Single" with their song "The Promise". In 2009, Girls Aloud announced their musical hiatus and Cole went on to release two solo albums, which both went to number one in the UK: 3 Words (2009) and Messy Little Raindrops (2010). She achieved a number of hits, including two number one singles: "Fight for This Love" and "Promise This".
Cole became a judge on the British televised singing competition The X Factor in 2008. While on the show, Cole became the winning judge twice out of the three series she judged on, with Alexandra Burke and Joe McElderry winning respectively. It was announced that Cole would leave the UK version of The X Factor for the upcoming American version of the show. However, just weeks into filming the auditions, it was reported that Cole had been sacked from the show with it being confirmed by Fox, Freemantle North America and Syco TV on 6 June. Mike Darnell, president of Alternative Entertainment for the Fox Broadcasting Company, confirmed Cheryl Cole left USA X Factor.
Cole has become a recognised and photographed style icon; referred to as a fashionista by the press. She has been photographed for the covers of British Vogue, Elle and Harper's Bazaar, while also becoming the new face of cosmetic company L'Oréal.[14] Cole was married to England footballer Ashley Cole from July 2006 until September 2010, when she divorced him.
Read More: http://en.wikipedia.org/wiki/Cheryl_Cole
========================================
VIDEO: Cheryl Cole - Parachute [Live] In HD
http://www.youtube.com/watch?v=tn4HSliYOYE
======================================================
Featured Icons