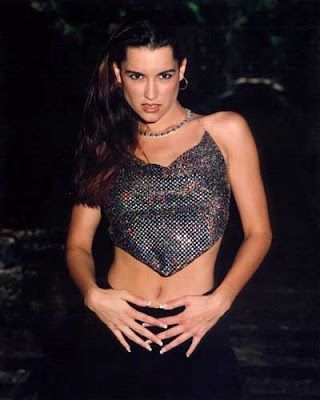 
Dawn was born and raised in Miami, FL. She is a 2nd generation American where her family is from Venezuela and Eastern Europe. She has an entrepreneurial spirit that has propelled several companies to financial success. She's a seasoned spokesperson with 15 years of experience working for a diverse group of industries and clients. Dawn’s background in communications and marketing has contributed to her success not only in the modeling field but in her professional life as well.

Dawn’s goal is to be successful in everything that she is apart of. Her continued effort to further herself in the modeling world is proving to be a great decision on her behalf. She is currently competing for State and National titles in the pageant industry. She has been a principle for former commercial projects, which are currently airing all over the state of Florida. She has more plans to continue gaining notoriety in the community through charity work and taking on more commercial and modeling projects.

Dawn is currently attending City College in Fort Lauderdale, FL. majoring in Broadcast Journalism and Project Management. She currently has a 4.0 gpa and is President of her Broadcasting Club, President of the Debate Team, Honor Society, and has received several awards for the past several terms. She plans to graduate with her AS and BS in July of 2012.

Contributing time and money, Dawn has been an active member of several community homeless shelters for men and woman and children as well as battered shelter homes for woman and children for the past 23 years. She is a major advocate in helping others that are less fortunate. She has spent countless hours mentoring the children and helping the adults in reading, writing, and basic arithmetic. Her ultimate goal is to build a shelter of her own and be able to have the amenities to help the homeless get back into the working field and a place to call home.
Featured Models