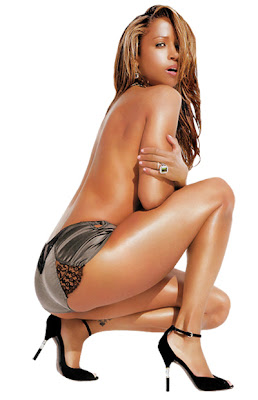 She made her first TV appearance in Farrell for the People starring Valerie Harper and a virtually unknown Ed O'Neill in 1982, which did not make it past its pilot episode. Her notable first appearance was as 'Michelle' in the 1985 The Cosby Show episode "Denise's Friend" alongside Lisa Bonet, and in The Fresh Prince of Bel-Air. Dash's first substantial television role was in the 1988 television series TV 101, which also featured Matt LeBlanc and Sam Robards. The series was canceled after 13 episodes.
Dash's first major film role was in the Richard Pryor comedy Moving in 1988. She also had sizeable roles in Mo' Money and Renaissance Man during this time. In 1995, Dash starred as a femme fatale in a low budget film, Illegal in Blue. Dash received her big break with the 1995 film Clueless, which starred Alicia Silverstone and Brittany Murphy. Dash played Cher's high school best friend Dionne Marie Davenport, even though Dash was twenty-eight at the time. In 1996 the film spawned a television spinoff, also called Clueless, in which Dash reprised her role as Dionne and Rachel Blanchard played Cher. The series ran from 1996–1999.
After the television series ended, she appeared in View from the Top (2003) and smaller budget films, including Gang Of Roses (2003), and Getting Played (2005). She also has appeared in small guest roles on television shows such as Eve and CSI: Crime Scene Investigation. Dash played Vanessa Weir in the television series, The Strip, which was not successful and was canceled after several episodes.
In 2001, Dash was featured in a music video by Carl Thomas for the single "Emotional". In 2004, Dash was featured in a music video by Kanye West, label mate of her cousin Damon Dash for the single "All Falls Down." At age 40, Stacey Dash posed nude in the August 2006 issue of Playboy. Also in 2006, she was featured in singer Marques Houston's video, "Favorite Girl". In 2006, she launched her own lingerie line called Letters of Marque.
READ MORE: http://en.wikipedia.org/wiki/Stacey_Dash
===============================
VIDEO: Stacey Dash - Tribute - Best Moments
http://www.youtube.com/watch?v=pm6obG90G4M
Featured Icons