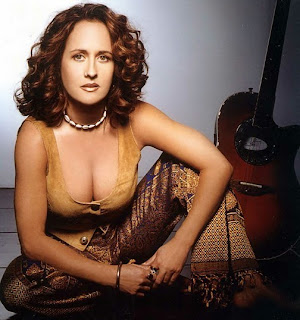 Teena Marie (March 5, 1956 – December 26, 2010) was an American singer, songwriter and producer. Marie, nicknamed Lady Tee, (sometimes spelled Lady T), was a protégée of funk legend Rick James, and was notable as one of the few successful white performers of R&B.

She played rhythm guitar, keyboards and congas. She also wrote, produced, sang and arranged virtually all of her songs since her 1980 release, Irons in the Fire, which she said was her favorite album. She had a daughter, Alia Rose, who, as of 2009, sang under the name Rose LeBeau. Marie died of natural causes on Sunday, December 26, 2010, at home in Pasadena, California.

Marie signed with Motown Records in 1976, having gained an introduction to staff producer Hal Davis (best known for his work with Brenda Holloway and the Jackson 5) and then auditioned, with her then band, for label boss Berry Gordy. She recorded unreleased material with a number of different producers, including Kerner and Wise, but was then spotted by Rick James, and guitarist Paul C Saenz, who effectively became her mentors. (Some of the earlier unreleased material has since been made available on compilation .)

Her debut album release, Wild and Peaceful, was originally conceived as a project to be produced by James for Diana Ross, but James preferred to work with Marie. The album was, at one point, due to be credited to "Tina Tryson", but ultimately was put out under Marie's now-established stage name. It scored Marie her first top-ten R&B hit, "I'm Just a Sucker for Your Love" (#8 Black Singles Chart), which was a duet with James. Neither the album sleeve nor other packaging showed a picture of Marie, apparently on the theory that black audiences might be reluctant to buy an album by a white artist. In fact, many radio programmers wrongly assumed Marie was African American during the earliest months of her career. This myth was disproved when Marie performed her debut hit with James on Soul Train in 1979. In 1980, her second album, Lady T, sported a picture of her on the cover.