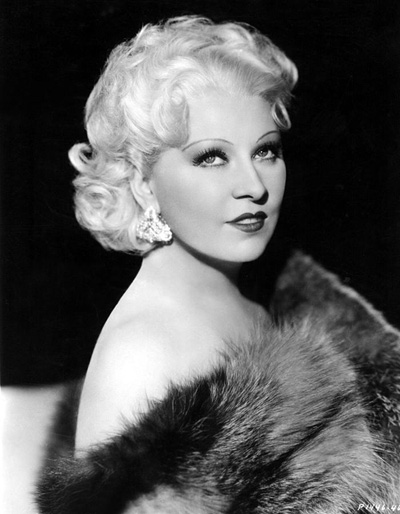 Known for her bawdy double entendres, West made a name for herself in vaudeville and on the stage in New York before moving to Hollywood to become a comedienne, actress and writer in the motion picture industry. In consideration of her contributions to American cinema, the American Film Institute named West 15th among the greatest female stars of all time. One of the more controversial movie stars of her day, West encountered many problems, including censorship. When her cinematic career ended, she continued to perform on stage, in Las Vegas, in the United Kingdom, on radio and television, and recorded rock and roll albums.

Asked about the various efforts to impede her career, West said, "I believe in censorship. I made a fortune out of it."

In 1932, West was offered a motion picture contract by Paramount Pictures despite being close to 40. This was an unusually high age to begin a movie career, especially for women, but she nonetheless managed to keep this fact ambiguous for some years. She made her film debut in Night After Night starring George Raft. At first, she did not like her small role in Night After Night, but was appeased when she was allowed to rewrite her scenes. In West's first scene, a hat check girl exclaims, "Goodness, what beautiful diamonds." West replies, "Goodness had nothing to do with it, dearie." Reflecting on the overall result of her rewritten scenes, Raft is said to have remarked, "She stole everything but the cameras."